It also provides other collateral tasks such as monitoring, notifications and acts as a configuration provider for clients. 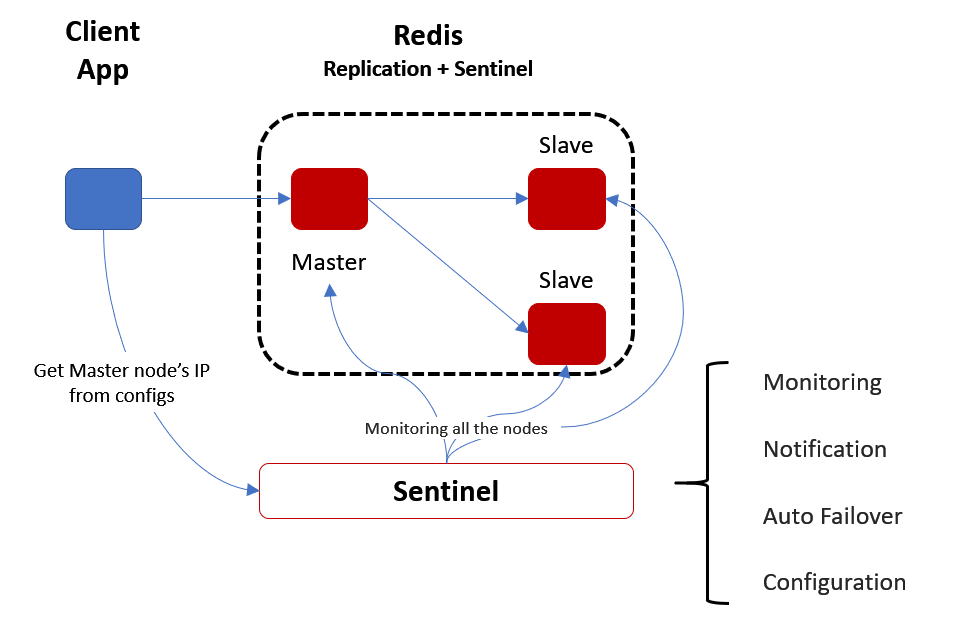 Redis Sentinel is a distributed system:

Sentinel itself is designed to run in a configuration where there are multiple Sentinel processes cooperating together.

The advantage of having multiple Sentinel processes cooperating are the following:

The Redis source distribution contains a file called sentinel.conf that is self-documented example configuration file you can use to configure Sentinel.

The example configuration above monitors 2 sets of Redis instances, each composed of a master and an undefined number of replicas. One set of instances is called mymaster, and the other resque.

Noitce that you only need to specify the masters to monitor, giving to each separated master a different name.

There is no need to specify replicas, which are auto-discovered. Sentinel will update the configuration automatically with additional information about replicas in order to retain the inforation in case of restart.

So, in this case, if you have 5 Sentinel process, and the quorum for a given master set to the value of 2:

This means during failures Sentinel never starts a filover if the majority of Sentinel porcesses are unable to talk.

It is mandatory to use a configuration file when running Sentinel.

Sentinels by default run listening for connections to TCP port 26379, so port 26379 of your servers must be open to receive connections from the IP address of the other Sentinel instances.

Otherwise Sentinels could neither talk to each other nor make agreement about what to do, hence failover will never be performed.

Fundamental things to know about Sentinel before deploying